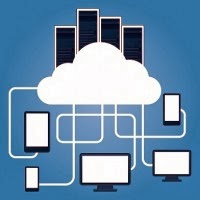 The Next Wave of Windows Updates: Threshold / Windows 9

Threshold will include updates to all three OS platforms: Xbox One, Windows (client and server), and Windows Phone, confirming Microsoft's plan for further integration between all of its platforms, in terms of sharing a common code base.


Xbox One may be the Microsoft's boldest attempt to unify all of its services, and after spending countless hours with the console since its launch, I’ve found it to be an even more telling view of Microsoft’s future. The Xbox One searches and browses the web just as well as any PC, and you can even multitask (on your television!) by “snapping” apps to the sides of the screen (a feature very familiar to Windows 8 users). With the Threshold wave of releases, we can expect the Xbox One to even act more like a PC.

Update: A year-off release codenamed "Threshold" will most likely be called Windows 9, according to Paul Thurrott:


Windows 8 is tanking harder than Microsoft is comfortable discussing in public, and the latest release, Windows 8.1, which is a substantial and free upgrade with major improvements over the original release, is in use on less than 25 million PCs at the moment. That's a disaster, and Threshold needs to strike a better balance between meeting the needs of over a billion traditional PC users while enticing users to adopt this new Windows on new types of personal computing devices. In short, it needs to be everything that Windows 8 is not.

To distance itself from the Windows 8 debacle, Microsoft is currently planning to drop the Windows 8 name and brand this next release as Windows 9.

In some ways, the most interesting thing about Threshold is how it recasts Windows 8 as the next Vista. It's an acknowledgment that what came before didn't work, and didn't resonate with customers. And though Microsoft will always be able to claim that Windows 9 wouldn't have been possible without the important foundational work they had done first with Windows 8—just as was the case with Windows 7 and Windows Vista—there's no way to sugarcoat this. Windows 8 has set back Microsoft, and Windows, by years, and possibly for good.

"Threshold" to be Called Windows 9, Ship in April 2015  Thurrott

Mark your calendars: April 2015 is when Windows 9 is expected  WPC

Windows 8.2 Will Reportedly See The Return Of The Start Menu  Redmond Pie 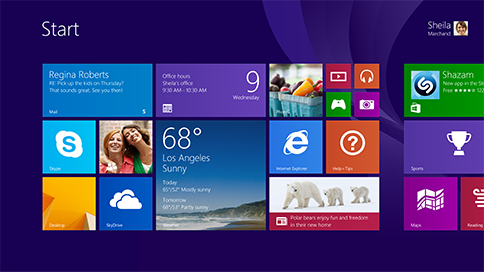 ,
Posted by david anderson at 2:21 PM No comments: